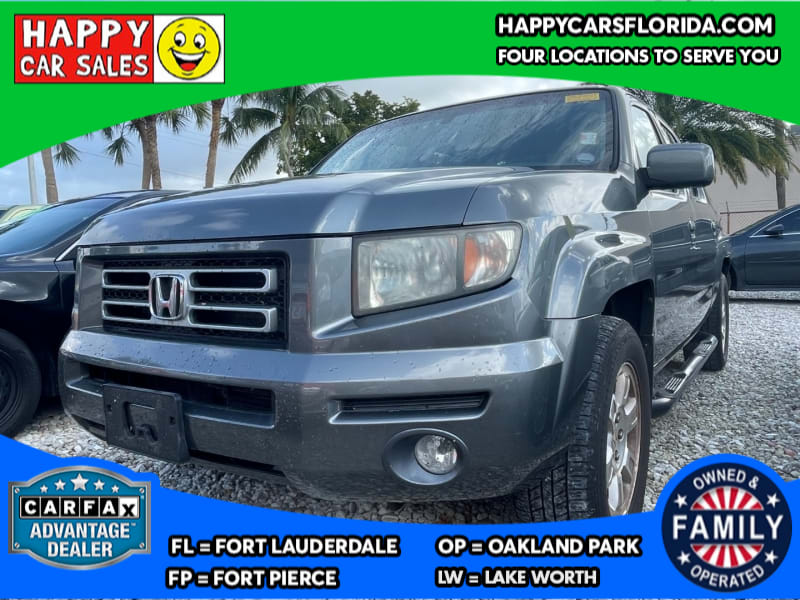 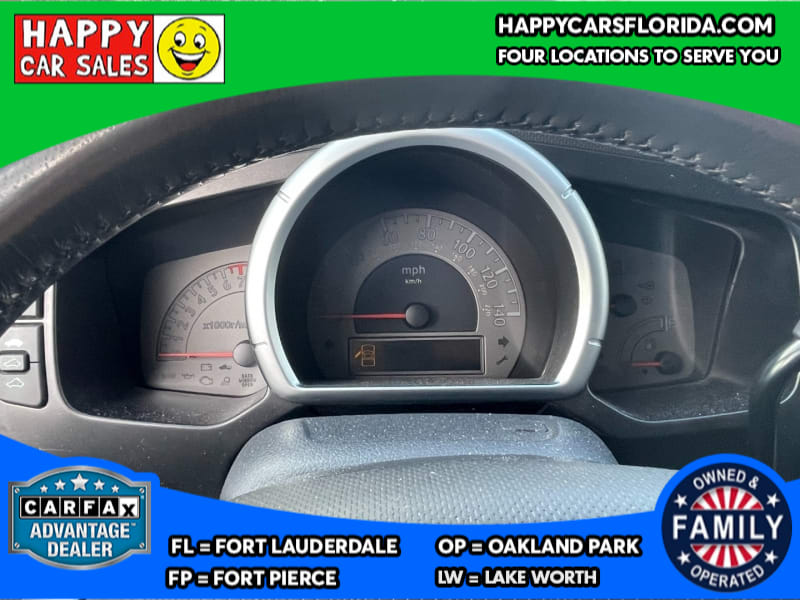 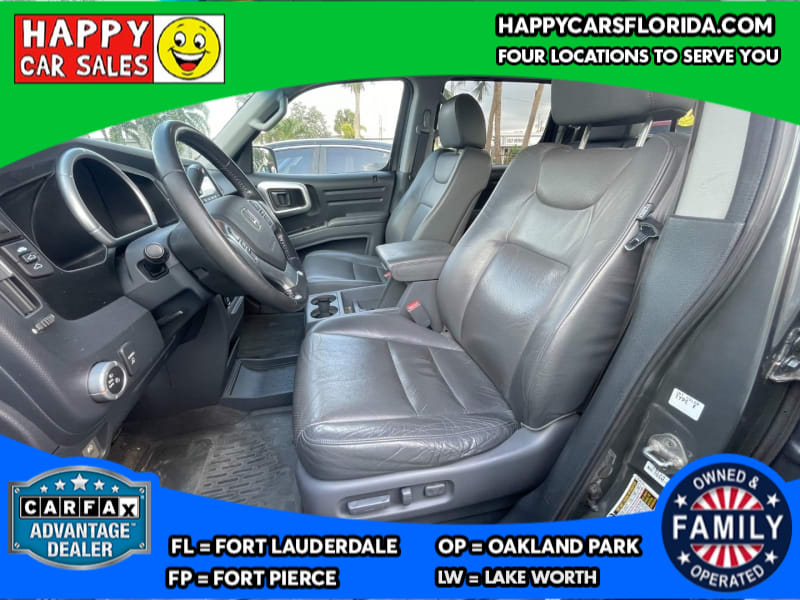 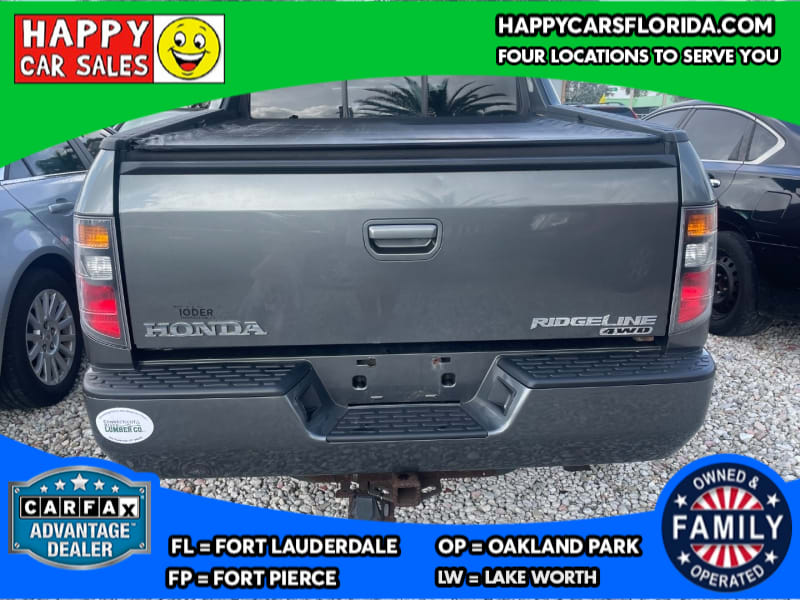 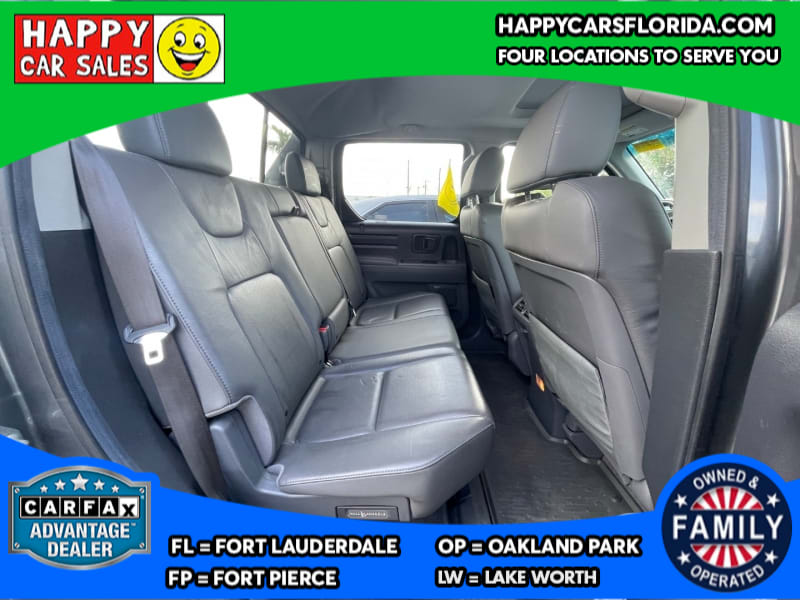 Used 2008 Honda Ridgeline PricingThe Ridgeline is offered in four trim levels: RT, RTX, RTS and top-of-the-line RTL. The RT has a Manufacturer's Suggested Retail Price (MSRP) starting around $28,600, while the RTX is closer to $29,000. The upscale RTS pushes the price to around $31,000 and the luxurious RTL with navigation tops out close to $36,000. Before you set out shopping for your new Ridgeline, be sure to check the Fair Purchase Price, which shows what others in your area are paying for their trucks. As with all Honda products, the Ridgeline is expected to retain excellent resale value, better than the Ford Explorer Sport Trac and on par with the Nissan Frontier King Cab and Toyota Tacoma Double Cab.Driving The Used 2008 Honda RidgelineRefined solidity is the byword, along with a comfortable highway ride. On some rougher surfaces, though, quite a bit of road commotion is transmitted. Except for louder-than-expected engine sounds when accelerating, there is very little truck-like sensation inside. The Ridgeline handles moderate off-road treks with ease and, when towing a maximum-weight trailer, or with its bed filled, you hardly realize you're pulling a load. Still, the 2008 Honda Ridgeline has a heavy overall feel, due in part to its all-wheel-drive componentry, which cuts a bit into agility. Passing power is adequate, but not wholly energetic at all speeds. Four-channel anti-lock braking (ABS) incorporates electronic brake-force distribution and brake assist for more effective panic stops.Interior ComfortFive passengers can ride in the Ridgeline, though rear knee space is marginal. Handy storage spots are all over the front compartment, including a huge, easy-to-reach glovebox. In the rear, the 24-degree seatback angle matches that of an Accord sedan. Under the rear seat is 2.6 cubic feet of storage, and a mountain bike can fit inside with the rear seat flipped down. Engineers have concentrated on neat details, like heater elements in the windshield that turn on automatically when needed, to prepare the wipers in cold weather. Side-impact airbags and side-curtain airbags with rollover sensing are also standard and Honda claims a five-star rating in government crash-testing.Exterior StylingEven up front, the Ridgeline is different, with a look Honda refers to as a modern technical appearance. Built on a relatively long (122-inch) wheelbase, the Ridgeline is a foot-and-a-half shorter than a Ford F-Series CrewCab. Fitted with four lights, the five-foot cargo bed is made of SRC composite, and the In-Bed Trunk holds 8.5 cubic feet. Honda claims bending rigidity is 2.5 times that of a traditional pickup, while torsional rigidity is 20 times stiffer. Up to 1,100 pounds of cargo can go into the bed, and the Ridgeline can tow a 5,000-pound trailer.Favorite FeaturesIn-the-bed TrunkWhy didn't anyone think of this common-sense idea before? On the down side, if you plan to load up the cargo bed, don't put important items inside the trunk because they won't be accessible.Dual-Action TailgateEven if you're not reaching for the trunk, the ability to open the tailgate to the side rather than flipping it downward can be handy.Standard FeaturesIn addition to the Variable Torque Management 4-Wheel Drive system (VTM-4), standard equipment for every trim level of Ridgeline includes air conditioning, cruise control, heated wipers, a tilt steering column, power sliding rear window, 100-watt six-speaker CD stereo, Vehicle Stability Assist, Brake Assist, Tire Pressure Monitoring and Electronic Brake Distribution. Up one level, the RTX adds painted alloy wheels and a trailer hitch. Up one more level and the RTS adds machine-finish alloy wheels, a seven-speaker 160-watt stereo, eight-way power driver's seat and dual-zone climate control, while the RTL adds leather upholstery, a power moonroof, XM Satellite Radio and heated front seats. Honda claims the Ridgeline was the first pickup with standard electronic stability control.Factory OptionsThe only factory option is the navigation system available on the RTL; it's equipped with voice recognition and an eight-inch screen, and can display reception details of the available XM Satellite Radio. In addition, there are dozens of available dealer-installed accessories.Engine & TransmissionThe Ridgeline's 3.5-liter V6 is plenty strong, making 247 horsepower and giving the Ridgeline good off-the-line acceleration, ample cruising power and surprisingly good fuel economy. The engine can be loud at full-throttle, but not annoyingly so, and, typically for a Honda V6, it's also quite smooth. Honda is legendary for its durable engines and the 3.5-liter unit in the Ridgeline is no exception.3.5-liter V6247 horsepower 5750 rpm245 lb.-ft. of torque 4500 rpmEPA city/highway fuel economy: 15/20

One of the Acura TL's selling points has long been its reasonable price, a distinction that holds tr ...